In an effort to reset my system and heal my body of any damage from the emotional eating these last few months, I chose to do a week of fully raw. No cooked foods, no oil, only fruit-sweetened, and consumed as much fresh fruit and veggies as my body craved. Things have been stressful and overwhelming here at home and I found myself going back for a second helping of food or eating dessert when I was already feeling full. It was as if I was filling a void of some sort or maybe it was my body’s way of protecting myself from falling into my very old ways of starving myself. Whatever the reason, it needed to stop. My clothes weren’t fitting like they used to, I was sluggish, stressed, and not feeling like my usual self.

Before I got pregnant with Willow, I followed a mostly raw diet so this wasn’t a new transition for me. I go through phases with raw food…it’s definitely easier for me to eat that way in the warmer months, so with the temps feeling like summer, this week was really easy for me. My body literally craved lots of fruit, smoothies, salads and veggies. I also think that reading Medical Medium helped give me the push I needed to heal.

I didn’t plan out a specific meal plan, but when we did our grocery shopping for the week, I stuck to only fresh produce and a few raw snack items. I knew in my mind that I’d be doing a lot of salads, juices, and smoothies, so sticking to our weekly budget, I purchased accordingly. Since my week was successful on so many levels, I decided to share what I ate and include links and/or recipes that helped me. I also unintentionally planned this fully raw week during my cycle and what shocked me most was my energy level. Normally I’m really sluggish, uncomfortable and unmotivated to do much of anything, yet I managed to run, work out and keep up with my very active four-year-old. I had very minor cramps for a few hours on day one, but they went away pretty fast and I didn’t look or feel bloated. During my teens and twenties, I used to have debilitating cramps and fatigue, so this was a HUGE improvement!

You’ll notice in the “what I ate” portion of this post that there were quite a few repeat meals…I have Willow to thank for that! When it came to making smoothies/smoothie bowls, she made the same two requests! She did not eat a fully raw week with me, but came pretty close – she would see what I was eating or drinking and wanted whatever I had instead of the meal I prepared for her.

When I wake up, before I consume anything, I do oil pulling for 15-20 minutes and then I always drink at least 32 ounces of water before eating. I stuck to that routine for this week. Throughout the day I drink at least another 30-40 ounces of water…so I won’t include that in my daily breakdown below.

I learned this really cool trick for oil-pulling a few months ago and it makes it super easy! Gently melt coconut oil (I usually do this by putting it in my dehydrator) and pour into candy molds. I store mine in the fridge and pop one in my mouth first thing in the morning.

Anything marked with an asterisk (*) means I’ll share the recipe at the end or at least approximate measurements. 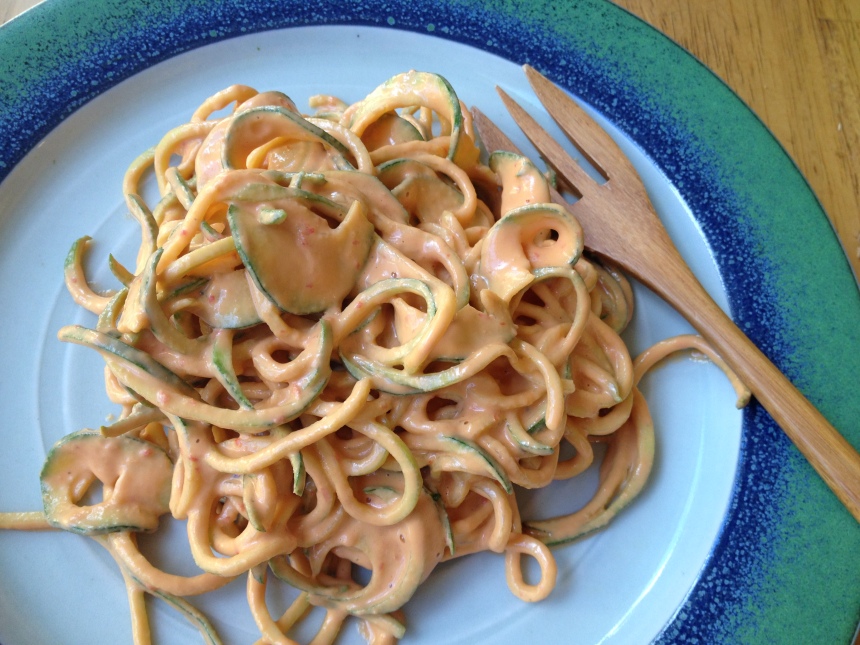 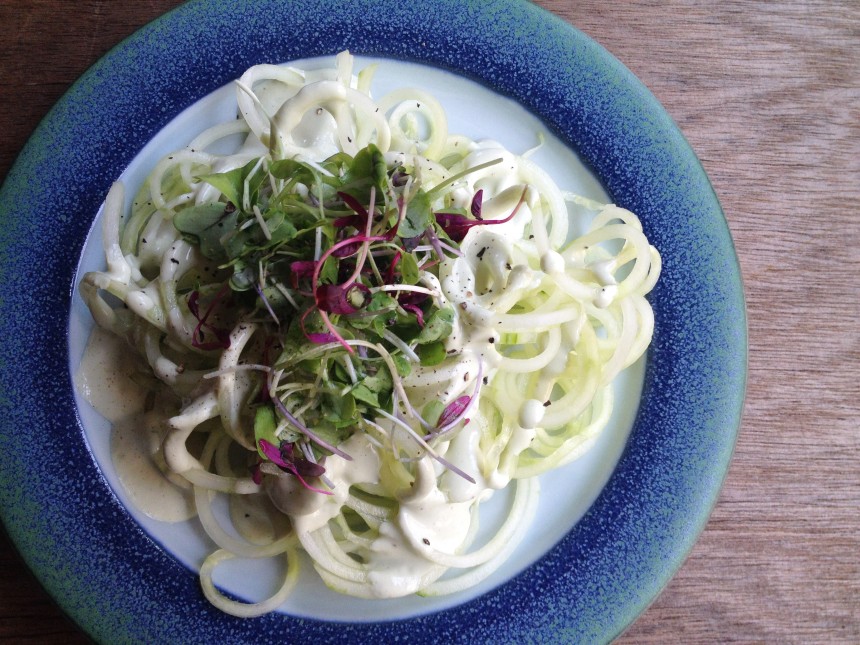 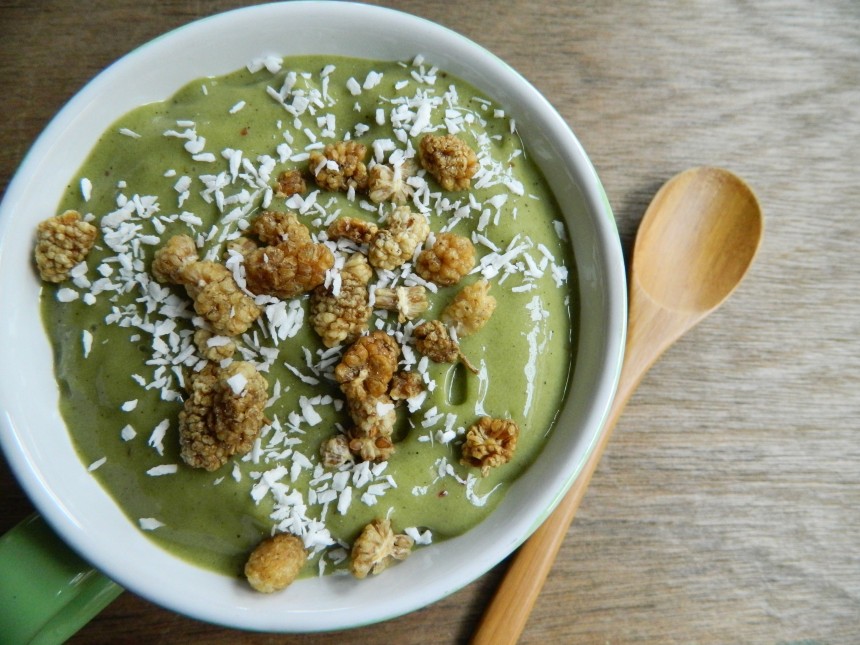 My Mom had purchased the Pine Nut Flakes a while back via Raw Food World on sale. 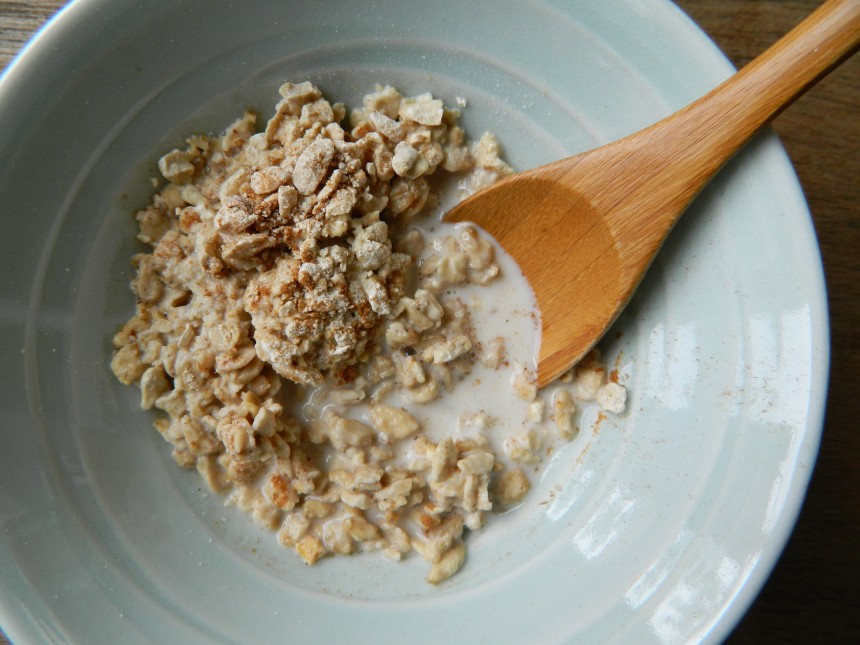 BROCCOLI-BERRY SMOOTHIE BOWL: Blend together —> 1.5-2 frozen bananas, 1 cup frozen broccoli, 1 cup frozen berries, 1-2 pitted Medjool dates and just enough coconut water or fresh nut milk to get the blender going. I changed it up throughout the week and would add one or two of the following: 1/2 tsp. spirulina, small scoop raw vanilla protein powder (unsweetened), 1 Tbsp raw tahini. IF you happen to have any leftover smoothie left, you can freeze it into ice cubes or pour into popsicle molds!

RAW CHEEZE SAUCE: Blend together one (small-med) peeled zucchini, small red bell pepper, 1/4-1/2 cup raw soaked cashews, 1 teaspoon chickpea miso, 1-2 small garlic cloves, 2 teaspoons lemon juice, coconut aminos or Himalayan salt to taste. You can add nutritional yeast if desired, although it’s not considered raw. If the sauce is too thick, you can add some filtered water…but between the soaked (wet) cashews, zucchini and bell pepper, I didn’t need to.

CREAMY RANCH DRESSING: I highly recommend my friend, Anjali’s, recipe for Cucumber Ranch Dressing…it’s so good! During this week I used her recipe and then also my own, which you can find HERE – but I used coconut aminos in place of Himalayan salt, added some organic dried chives, and apple cider vinegar instead of lemon juice.

This week opened my eyes to what emotional eating had done to my system. I allowed myself to eat an abundance of fresh foods – didn’t limit myself, but rather just followed what my body was craving. I felt really satisfied, light, and energized! Since I did not do this for weight loss, I cannot speak to results in that way, but I will say that my clothes fit so much better and I’ve noticed a change in my overall appearance. My skin went through a brief/minor breakout, but by the end of the seven days, my skin had totally cleared. My body continues to crave fresh fruits and veggies so I’ve been pretty much following a raw-till-4 diet. I’m more mindful with eating and stay in tune with my body. This week absolutely helped me to get back on track and feel my best. This week not only reset my system, but also my mindset – I was reminded of just how healing food can be. By no means was I consuming unhealthy foods prior to this week, but I was overeating and eating too much of the “wrong” carbs, such as pasta and baked goods. I love pasta and won’t stop eating it, but as I’m working on handling stress better, I’ll be limiting my consumption.

Whew…this post was pretty wordy! I apologize for rambling!!!

18 replies to My Fully Raw Week and What I Ate